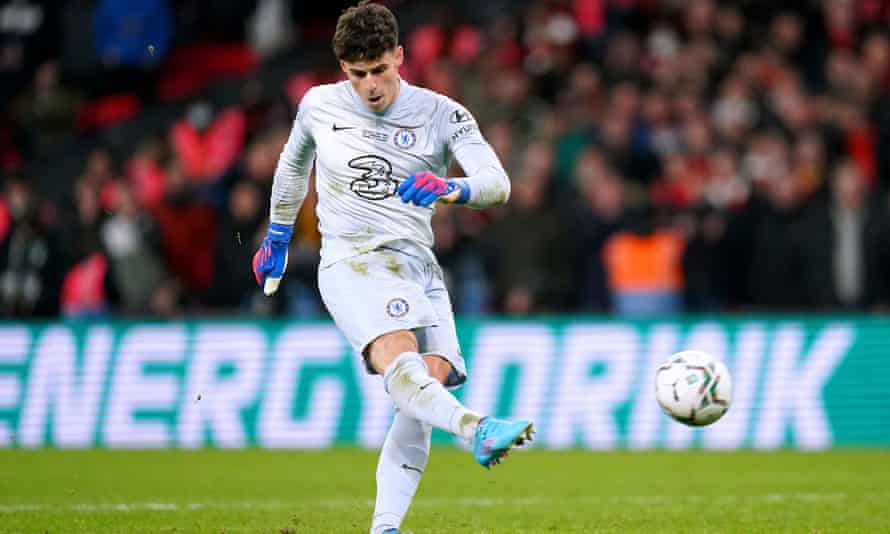 Almost three months have passed since Thomas Tuchel’s job description changed. Previously he was the head coach. His role was to look after Chelsea’s first team, win some trophies and steer clear of controversy. Overall, despite the odd stumble here, the odd unauthorised interview from Romelu Lukaku there, life was good. Chelsea were an undisputed member of the elite and, after escaping the infighting and egos at Paris Saint-Germain, Tuchel appreciated being left to do what he loves most: coach his team and concentrate on the football.

But then, as Chelsea prepared to face Liverpool in the Carabao Cup final at the end of February, the mood shifted. The Russian invasion of Ukraine was under way which put Roman Abramovich in an awkward position. Suddenly, Tuchel was fielding questions about Abramovich’s future at Chelsea. Incredibly, he was prepared to answer them. “You’re right,” Tuchel said, responding to a question about Abramovich being accused in parliament of having links to the Russian state. “We should not pretend this is not an issue.”

It was something of an understatement from Chelsea’s manager. The news cycle soon became relentless. It felt irrelevant when Tuchel brought on Kepa Arrizabalaga for penalties against Liverpool and the Spanish goalkeeper sent the decisive spot-kick into orbit. Football was an afterthought.

Nobody was asking Tuchel about his team. How could they when confirmation that Abramovich was selling the club came 69 minutes before Chelsea were due to face Luton in the fifth round of the FA Cup on 2 March? Or when the UK government imposed sanctions on the Russian oligarch on the morning of Chelsea’s trip to Norwich on 10 March?

“I am not a politician,” Tuchel had said, his patience understandably stretched by the repeated questions about war, but now he was the public face of a frozen asset. The Chelsea hierarchy mostly stayed quiet. There was a television interview with Petr Cech, the club’s technical and performance adviser, but nothing from key figures such as Marina Granovskia and Bruce Buck, both of whom are close to Abramovich.

Instead the responsibility fell on Tuchel to speak about an unprecedented situation during press conferences. Any knocks, Thomas? Any thoughts on Timo Werner’s search for goals? And while we’ve got you, any idea how long until Mr Abramovich finds a buyer?

It has been dizzying. Chelsea are back at Wembley on Saturday afternoon, hoping for revenge against Liverpool in the FA Cup final, but their heads are spinning. The uncertainty has weighed heavily on them and, as Tuchel puts it, they are desperate for an injection of “positive energy” that confirmation of Todd Boehly’s consortium buying the club will bring.

The sense of drift has been difficult to hold off. Operating under a special license has taken a toll. The sight of empty seats at Stamford Bridge in recent weeks has been jarring, with Chelsea unable to sell tickets for home games, and performances have merely served to deepen the gloom.

Perhaps a lack of motivation was to be expected. Chelsea are unable to sell or buy players and they cannot hand out new contracts. It is not a surprise that the dressing room is unsettled.

The club has inevitably felt directionless and Tuchel was not exactly spilling state secrets when he admitted that Antonio Rüdiger’s and Andreas Christensen’s impending departures on free transfers have had a negative impact.

Losing Rudiger to Real Madrid is a huge blow. The commanding centre-back’s teammates are not happy about Chelsea’s failure to keep him, and Christensen will leave a further hole in central defense when he joins Barcelona, ​​who are also targeting César Azpilicueta and Marcos Alonso.

The situation is far from ideal. Tuchel has mostly exuded dignity, charm and intelligence but even he has struggled at times. He has despaired at Chelsea’s defensive solidity disappearing and the individual errors piling up. He has grasped for solutions to his side’s indifferent home form.

There was the long night of chocolate as Tuchel pored over clips of Chelsea’s defeat in the first leg of their Champions League quarter-final to Madrid. A week later he came up with a superb gameplan at the Bernabéu, only to be undone by Karim Benzema and Luka Modric.

It has been one thing after another. But for all the whispers about Tuchel leaving, it is not for show when he says that he loves his job. He wants Cech and Granovskaia to stay but is excited about working under new owners. What Tuchel needs now is backing as he tries to turn Chelsea into title contenders.

The challenge for Boehly and his partners will be to trust their manager. Tuchel will be their biggest asset. He performed wonders by winning the Champions League last year, has won the European Super Cup and Club World Cup this season, and has exuded authority over the past three months, a voice of calm and reason throughout the most unsettling period in Chelsea’s history.

Tuchel has been the guiding light. His value to Chelsea, who are close to clinching Champions League qualification, has never been clearer. Normality is returning, Lukaku is scoring and the most immediate task is to find a way past Liverpool. Tuchel, who will soon be back to focusing solely on football, will surely have a plan as Chelsea look to close out the Abramovich era with one last trophy. He will know that this strangest of seasons could yet end on a high.

Brewers’ closer Josh Hader steps away from team to be with...

The game-changer who was both hated and loved in football