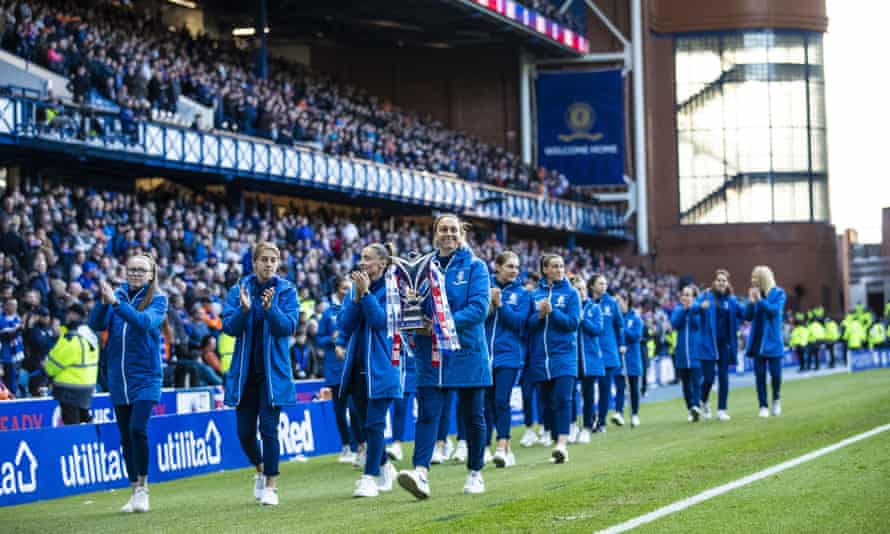 In the depths of a Scottish winter last year, a group of female journalists – myself included – huddled in front of our laptops to discuss our annual mentoring scheme for up-and-coming female talent.

To address the fact that so few sports writers applied previously, we decided to ringfence five places for them. But we ran into a problem: it was impossible to find enough journalists to fill the slots.

Our organisation, Women in Journalism Scotland (WiJS), which campaigns for equality in the sector, spent the next few months investigating what we believed to be a diversity issue. We discovered that only three of 95 staff writers in print Scottish sports media were women.

Then we found ourselves preoccupied by two questions: what barriers were faced by female journalists in the industry, and what could we do to resolve them?

The answer was to work with two gender studies research students at the University of Strathclyde, who interviewed the few female journalists who do work in print sports media, both in freelance and staff jobs. It is important to differentiate print from broadcast, where the representation of female journalists covering sport is much better.

The same week as their report was published, the Scottish Football Writers’ Association hosted its annual awards. This year it celebrated for the first time the achievements of women in sport, and yet I was one a handful of guests who walked out in protest at sexist comments made by the after-dinner speaker, Bill Copeland. A tweet I posted in solidarity with the broadcaster Eilidh Barbour, who also walked out, led to a stream of press attention.

In a serendipitous twist, two impressive young women who are masters’ students on the university’s applied gender studies course, Hannah Nichol and Rowan Clark, were waiting to present their research the evening after the dinner. Copeland’s speech serves as a real-life example of their findings – and proves we still have a way to go before gender-based discrimination is eradicated.

Female journalists surveyed said they suffered vile misogynistic abuse at the hands of football fans and were paid less than their male counterparts (data from the UK government puts the gender pay gap in newspapers at between 5 and 21%). They were subjected to sexist remarks in newsrooms and felt overlooked for promotion.

However, there was good news too. One participant said the sector had “come a long way” in the past few decades. Several female journalists said they believed their gender had created opportunities, such as male interviewees opening up to them. The rise of women’s sports has also opened doors; male sports editors were said to have reacted positively to suggestions that women’s tournaments should be covered by female writers.

At the football writers’ dinner I saw in action the transformative effect of such allies. When I got to my feet and left the room a number of male journalists at my table followed in solidarity. It is hard to put into words how fortifying it was to have them at my side. In the following days I gave a comment to a dozen reporters – mostly male – covering the story; all of them expressed disappointment and disgust.

I am choosing to focus on these positive experiences rather than looking at the replies by men to my tweet, which say that I can’t take a joke, that I didn’t actually walk out, that there is no such thing as a sexist joke or that I won’t be believed because I did not name the speaker or describe the exact wording of his remarks.

This is why I didn’t. Because it is not about semantics or canceling the person on stage. It is about being honest about the culture that allowed him to be invited on stage in the first place, however uncomfortable that truth might be. Our research suggests this culture has made strides in recent years. But something has gone wrong recently, as the dinner on Sunday night proved.

Most of all, it is about using that event as a catalyst for change – change that is happening right now. Here is the proof. A few days ago an email dropped into the WiJS inbox. It was from a male rugby reporter who offered his time in the form of work experience, which was one of the recommendations made in the report for helping more female journalists on to print sports desks. Then came another offer, and then another. A male athletics writer texted to ask what he could do.

This kind of united approach is the only way forward. The last thing we want or need is a gendered schism in Scottish journalism. Supportive gestures are crucial if we are to stop future generations of women from being frozen out of print sports media. I believe the ice is already beginning to thaw.

Melanoma can be prevented with regular skin checks and the ‘ABCDE’...