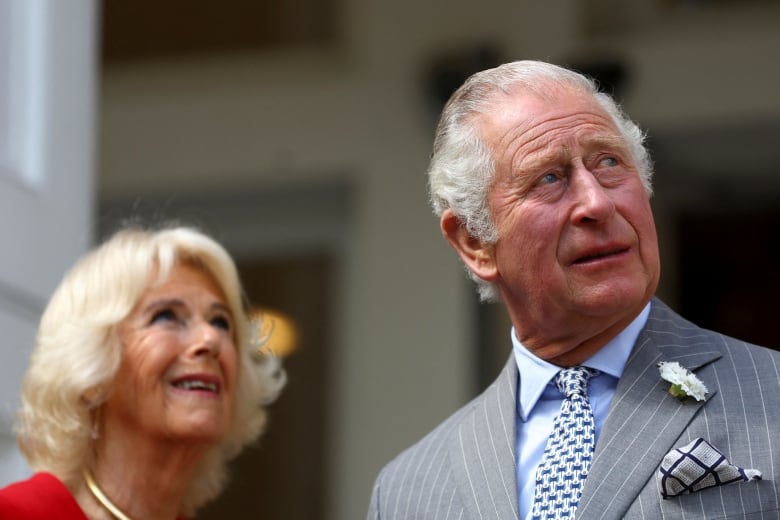 Prince Charles and Camilla will be in St. John’s for only a few hours on Tuesday, but their short stay – the first leg of a three-day Canadian tour – will include a moment that is part of a broader theme for their visit.

During their stop in St. John’s on Tuesday, Prince Charles and Camilla will visit Government House and walk in what officials say will be “solemn” reflection and prayer at the Heart Garden, a tribute to Indigenous children who died at residential schools.

They will listen to a prayer in Inuktitut, and take in Mi’kmaw music, watch performers put on a show of song and story, and visit with Indigenous guests and dignitaries, all in what’s been described as a “spirit of reconciliation.”

The event is part of the tour’s emphasis on mending relationships with Indigenous people, which not only marks an acknowledgment of the Crown’s wrongdoings but also raises questions of the responsibility that modern-day royals bear in colonialism.

Mary Simon, Canada’s first Indigenous Governor General, has billed the royal visit as a chance to “showcase the evolution of our country, our diverse and inclusive society, as well as the resilience of Indigenous communities.”

For the event at the Heart Garden, a quiet corner on the grounds of the lieutenant-governor’s official residence near downtown St. John’s, invitations were sent to representatives of five different Indigenous groups in Newfoundland and Labrador.

At least one prominent leader, however, is not attending.

Johannes Lampe, president of Nunatsiavut, the government that represents Inuit in northern Labrador, told CBC News he was happy to be invited but is busy that day. Nunatsiavut has a swearing-in ceremony for its newly elected representatives on Tuesday, and his responsibilities, he said, lie with his people.

Another leader is hoping the royal visit will bring a focus to Indigenous issues.

Todd Russell, president of the NunatuKavut community council, which represents people who claim Inuit ancestry in southern Labrador, said such a visit does hold meaning and can signify a sea change in the way Indigenous voices are included and heard.

Russell stopped short, however, of calling the couple’s Canadian tour solely one of reconciliation.

“We would certainly feel that this is done with a certain amount of integrity, that it is not a checkmark, [that] we must include the Indigenous peoples. I think it’s deeper than that,” Russell said.

“Yet I believe we should acknowledge it for what it is. It is a visit from the royals. It is an occasion where our relationship can be emphasized. But I wouldn’t want to go too far to say that the royal visit is really about reconciliation itself, that this was a major feature of why the visit is happening.”

Russell sees the visit as an opportunity to showcase the culture of his people and raise up the work that is being done on reconciliation.

The Crown and Indigenous peoples in Canada

That relationship was cemented in the Royal Proclamation of 1763, an act that was meant to protect Indigenous lands.

However, Indigenous groups across Canada say the monarchy failed to live up to its promises, and the consequences have fallen on the shoulders of Indigenous people through the loss of land, culture and life.

The introduction of the residential school system was influenced by British colonialism.

Reaction to the royal family and its larger role with Indigenous people is mixed, Russell said.

Yet, Russell said, he sees the visit as an opportunity for learning because reconciliation borne out of ignorance is of no use at all.

“I think it is important that the Crown and the monarchy is fully aware of what its respective representative governments are doing, what their relationships are, because they do represent the Crown,” Russell said.

Steps in the right direction

For far too long Labrador Inuit have been dismissed and ignored, said Lampe.

Relationships between Inuit and the governments of Canada, and Newfoundland and Labrador are slowly being repaired, he said, but it will be a long journey continuing beyond his lifetime.

“I believe that is a step in the right direction but we have a long way to go,” Lampe said, pointing to the painful memories of forced relocation of Inuit people from the communities of Hebron and Nutak in the 1950s, and of residential schools .

“Children were being taken and brought to residential schools so the work to try to make things right is happening but it is a slow process and very challenging, at times we have to come to very difficult issues or things that have to be said, whether it be to the province of Newfoundland and Labrador, or Canada.”

Lampe points to the creation of the Inuit-Crown partnership committee, which is built on the premise that an equal partnership between Inuit and the Crown is vital to the reconciliation process. The committee meets three times a year.

Modern-day royals seem far removed from the struggles facing Indigenous communities across Canada, but Lampe said they do have a part to play in reconciliation. What that exactly looks like, however, is not clear.

“I still believe that what the royals say or can say would be very important to help in the reconciliation process,” Lampe said.

For Lampe, understanding the culture of the Inuit of Labrador must go beyond watching drumming and throat singing. He said that is only a glimpse into a culture.

There is no grand apology for colonial wrongdoings expected at the pomp and circumstance of the three-day tour, and Russell said he doesn’t expect one.

For me throttle, therapy is a chance to contemplate life – from behind the handlebars

Roommate or tenant? The question is at the heart of Ontario rental dispute that led to viral video

Rapper A$AP Rocky arrested at LA airport in connection with 2021...